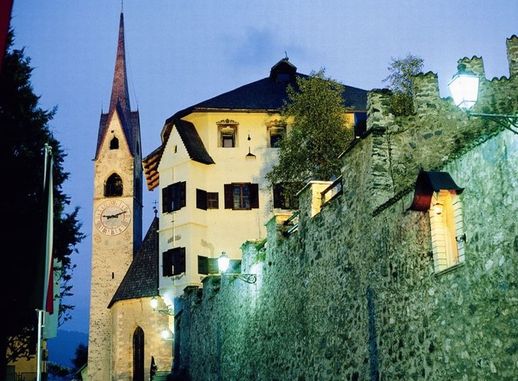 The earliest historical records about Valle di Primiero from shortly after 1000 AD and show that at that time it belonged to the church of Feltre. However, it is believed that the first settlements date back at least six centuries earlier. In fact, during the restoration of the archpriestal church of Fiera, the builders uncovered the foundations of some older churches, the first of which could be traced to the 5th-6th century AD. Their measurements were slightly smaller than the current building, witnessing to the fact that, already then, there was a relatively stable and large community in the valley.
After a series of historical events, in 1373 Primiero became part of the Tyrolean-Habsburgian Empire and, on March 22, 1401, Duke Leopold, count of Tyrol, bestowed Valle di Primiero to George Welsperg from Val Pusteria as a perpetual fiefdom, for the price of 4000 gold florins. Under their dominion, the Welsperg promoted activities such as mining and the extraction of metals, including silver, iron and copper, employing largely German-speaking workers. For a couple of centuries, Primiero became one of the most important and productive mining basins of the House of Austria. During this time, the village of Fiera developed into the main marketplace of the area, the centre of a bilingual culture. During the Napoleonic wars, the valley passed under Bavarian rule, to be then reunited to the Austrian territories. After the Congress of Vienna, it was annexed to Trentino and finally became part of the Italian reign with the end of World War I, in 1918. The special autonomy enjoyed by the Trentino-Alto Adige region was decreed by the De Gasperi-Gruber Agreement following World War II, and in 1972 the region has been divided, administratively and politically, into the two autonomous provinces of Trento and Bolzano.