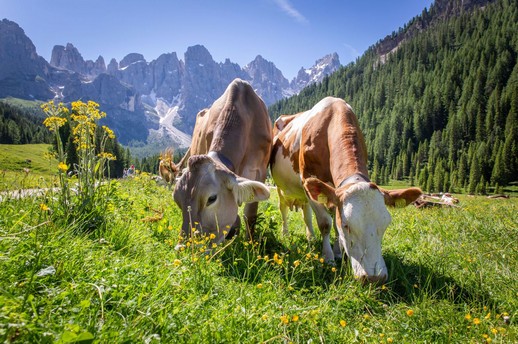 If you want to enjoy a very fantastic sight on the north side of the dolomitic chain of Pale di San Martino, it’s obligatory a visit to Val Venegia. The soft valley of glacial origin, which extends in the high level of the basin of the Travignolo, it’s such an idyllic place. Moving nearer smelled-nice alpine pastures, plowed by fresh streams, you can discover a prestigious natural environment and in fact is counted a pearl of the Parco Naturale Paneveggio Pale di San Martino. A little curiosity about its place name “Venegia”: it comes from “Venezia” (Venice) because in the past the trunks cut in the local forest Juribrutto were destined to the construction sites of Serenissima. In Val Venegia it’s possible to find relief to two welcoming “malghe” (Agritur Malga Venegia and Agritur Malga Venegiota) and to take the path to Rifugio Mulaz, the highest  alpine refuge of the chain of the Pale di San Martino. 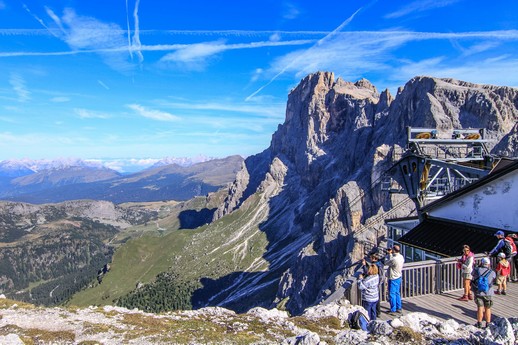 The central Altopiano delle Pale di San Martino is very vast and hidden; the upland is not plain and flat, but it compels to extricate oneself among bowls, prominences and deflections to avoid high cracks in the rock. The Altopiano is long about 10 km and bread 5 km and it extends itself among 2500 and 2700 m at the sea level. The rocky nature of this incredible environment, included for the majority in the Parco Naturale Paneveggio Pale di San Martino, is for every spectator breathless today as then, when at the end of XVII century famous alpinists discovered it for the very first time. Memorable memories and impressions of the writers Dino Buzzati, who inspired by the spectacle of the Altopiano, wrote “Il deserto dei tartari”. Those  who want live concretely the emotion of discovering the Pale di San Martino Dolomiti Patrimonio UNESCO living an unique experience of an holiday among alpine refuges, don’t miss the Palaronda Trek, one of the top proposal of the summer.
Two version to choose: Palaronda Soft Trek, offers route for everybody, and the  Palaronda Hard Trek, for the most expert excursionist. 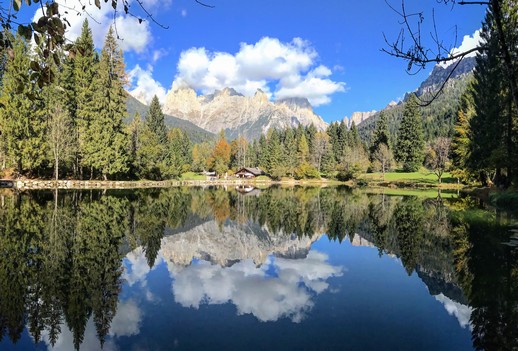 The Val Canali is located in the local council of Tonadico, in the Primiero Valley and can be considered one of the most beautiful valley in the dolomitic panorama. It is comprehended between 1000 and 2900 meters at the sea level, the latter are achieved by peaks of latest part of the Pale di San Martino, by which the valley is surrounded, as the superb “Sass Maor” or the monumental “Canali”. At the entrance of the valley the ruins of Castel Pietra are well visible, inhabited long time ago by Welspergs, a feudal family of Primiero (in that period under tyrolean influence), until a fire destroyed it in the XV century. Further, at side of a large field is visible Villa Welsperg, built in 1853 as summer residence of the counts Welsperg; recently renovated, from 1989 hosts the administrative site of Parco Naturale Paneveggio-Pale di San Martino. Who want to discover Val Canali will not find an overcrowded touristic destination, but just a natural landscape, in an uncontaminated environment with its irresistible charm.