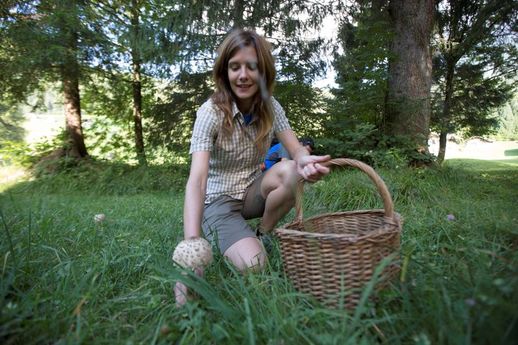 A walk in the woods can be also become a good opportunity to gather mushrooms for a delicious and mouth-watering dinner later in the evening.
However, it is important to follow a few simple rules in order to avoid unpleasant surprises or even dangerous incidents:

The permit is personal and entitles holders to gather mushrooms in one of the three areas in which the territory has been divided: the Primiero valley (Municipalities of Fiera, Transacqua, Siror, Tonadico, Mezzano and Imer as well as the San Martino di Castrozza State Forest), the Vanoi valley (Municipality of Canal San Bovo) and Sagron Mis.
The permit can be valid for 1 day, 3 days, 1 week, 2 weeks or 1 month.
You can pay the fee due for mushroom picking at the post office using a postal payment slip made out to one of the municipalities, indicating as the purpose of payment "TASSA PER LA RACCOLTA FUNGHI" (Tax for mushroom picking) and adding your personal details and the picking period.
The receipt for payment represents a valid title to start picking mushrooms and must be presented in case of inspection.