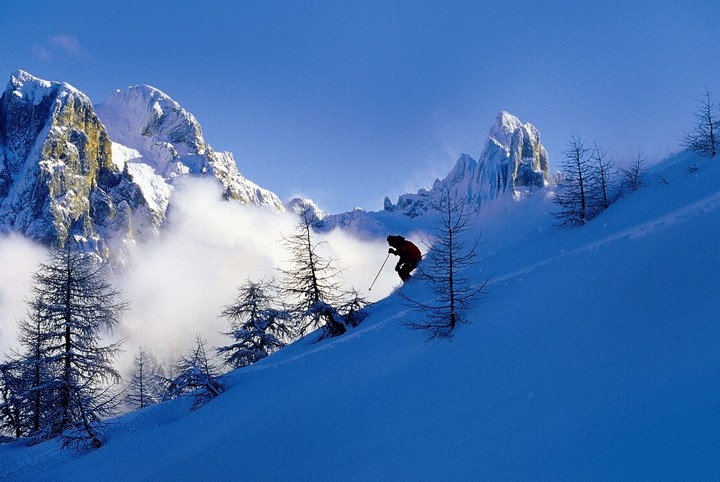 Thanks to the upgrade of the snowmaking system in the Ces-Colverde and the Tognola areas, Winter in San Martino has never been so snowy! The expansion of the Ces reservoir has brought its capacity from 9.000 to 60.000 cubic metres and it joins the investment completed last year by Tognola for the expansion of the existing reservoir from 10.000 to 45.000 cubic metres.

In Tognola, the work for the programmed snowmaking system continued with the installation of new pipelines and new snow guns, thus completing the upper part of Pista Rododendro and Pista Tognola Uno, considered a black slope among the 12 most beautiful slopes of the Dolomites.

On Alpe Tognola the Baby slope was enlarged to create a new area for bobsleighs and little sledges, doubling the area dedicated to beginner skiers.﻿

Furthermore, starting from the Ski Season 2016/17, you can feel the magic experience of night skiing through the Colverde's slopes on Thursdays, Fridays and Saturdays!

Cookies help us to deliver our services. By using these services, you agree to the use of cookies on the Website. More info
webcam
booking
discover smart
Lifts & ski slopes
Outdoor
social
Travelling safely