Night skiing on the "Colverde" run 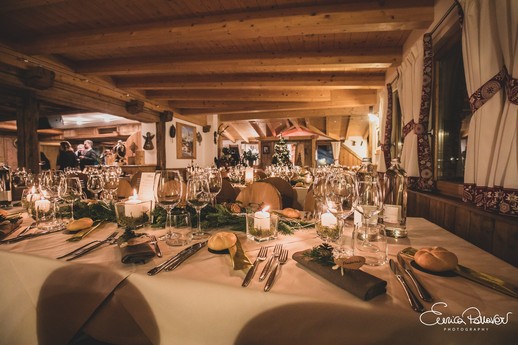 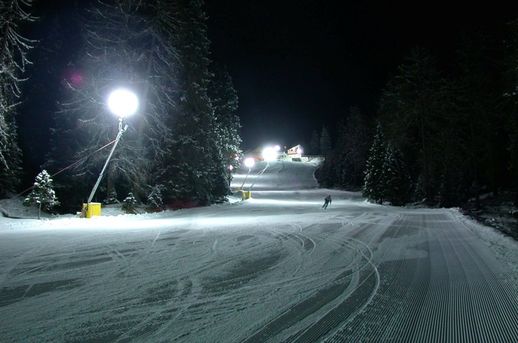 The "Colverde" run, a nice red one with a 2600 m length and 500 m drop, served by a fast cable car, is lit up for night skiing. The run winds through a charming wood of firs and larches with repeated changes in slope and direction, following a wide, medium difficulty track (red with a blue variant), easy to ski and very enjoyable, just below the Pale rocks. It arrives straight in the centre of San Martino and thus is ideal for night skiing.
The lighting system consists of 35 "Sunglobe" light balloons: 1.5 m diameter spheres mounted high on the pylons of the snow-making system, diffusing on the run a soft white-bluish light, continuous and steady, with very striking effects.
The magic of the Pale di San Martino lives on even after sunset.

As during the day on the slopes of Carosello delle Malghe, you can combine skiing and good food in the evening too: above the Colverde run the Quota 2000 al Colverde hut is open for a snack or a hot punch before the last descent; at the end of the run the Da Meto restaurant offers sophisticated menus inspired by the Trentino cuisine, homemade sweets (you must try their buckwheat cake) and grappas flavoured with mountain herbs.


From Wednesday, January the 8th, a shuttle bus for night skiing in Colverde will be available (two one way and two return lines). The shuttle works from Residence Taufer to the center of San Martino and the Colverde Lifts and vice versa. Download here the timetable with the details about the stops.﻿ 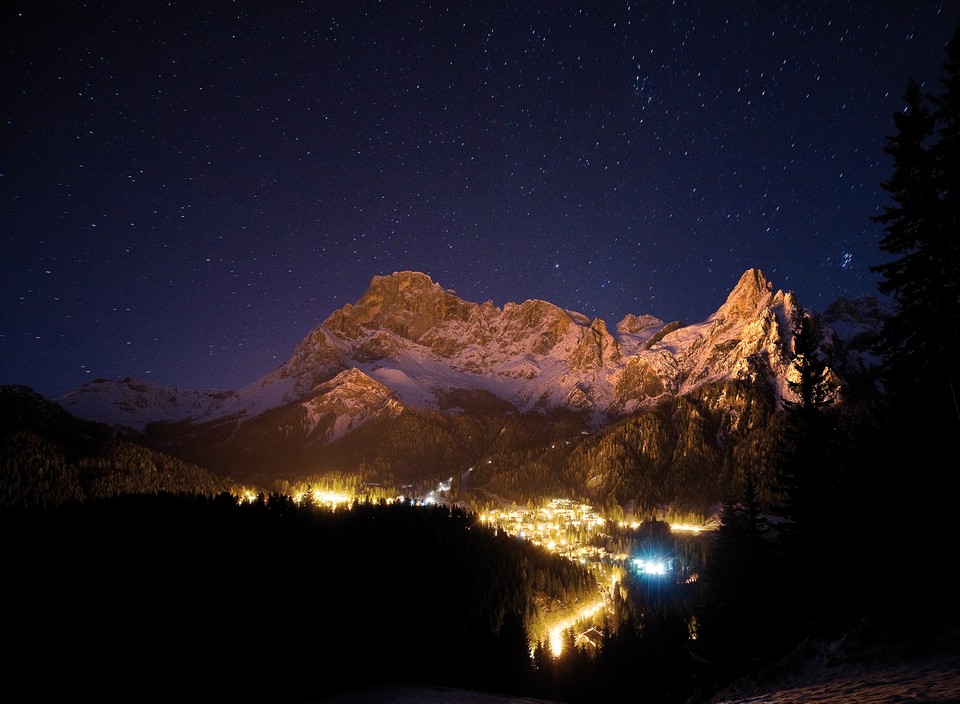