NOT TO BE MISSED 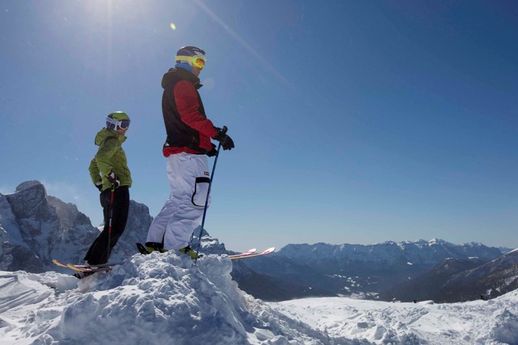 The San Martino di Castrozza - Passo Rolle ski area benefits from its unique position within the Dolomites: at the southernmost tip of the Dolomiti Superski carousel, it enjoys relatively milder temperatures and countless days of sunshine.

The ski slopes
The ski slopes run for over 60 km, lying between 1404 and 2357 m in altitude within a unique natural landscape.
The ski runs offer a complete range of difficulty levels, with exciting descents, slopes of varying steepness and quick stretches on flat ground – suitable for beginners and offering great thrills to more experienced skiers.
The runs are kept in pristine condition by as many as 15 snow-cats that every night work hard to groom the slopes in the best way possible.

The ski-lift facilities
There are 23 ski lifts overall operating in the San Martino di Castrozza - Passo Rolle ski area, including the fast Tognola and Colverde automatic-coupling cable-cars and the four-seat chair-lift of Punta Ces with plexiglass bubbles.
All the runs in the ski area, including those on Passo Rolle and Passo Cereda, are served by a convenient ski-bus service.

Guaranteed snow-cover
The enhancement of the programmed snow-making systems guarantees ideal skiing conditions on 95% of the ski-area throughout the skiing season. At Passo Rolle, where the runs are at over 2000 m in altitude, the season starts at the end of November and continues to the end of April, while in San Martino the lifts operate from the beginning of December to Easter.
For further details on the runs, ski-lift opening periods, snow conditions, discounts and offers or other information, contact the Skipass Office of the Consorzio Impianti a Fune San Martino di Castrozza - Passo Rolle (San Martino di Castrozza - Passo Rolle Cableway consortium). 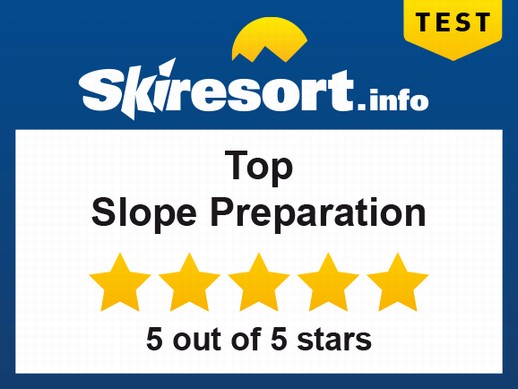